"If you are planning for Kilimanjaro Climb, then you must think of the best time to hike majestic Kilimanjaro. What is the best time to Climb Mt. Kilimanjaro? One of the best times for a Tanzanian trek vacation on Mount Kilimanjaro is in the warm months of January and February when clear skies afford excellent views of superb scenery, especially from the upper slopes; though, expect some snowfall during this period. Choosing your time to climb is a very personal balancing act. You need to weigh your objectives against your personal fitness and climbing or trekking experience.
You are more likely to gain the summit in warm, dry weather, since cold, rain, ice, snow and mud demand a lot from your body. They make tracks and paths slippery and deplete your energy levels.
From mid-March to end of May, the long rainy season increases climbing hazards. Visibility is poor, but you have the slopes to yourselves.
Lightning is every present and chancy. It is colder from June to August but the driest period on the mountains which are also highly favorable trekking months, and perfect again in September, which is warm and dry too, and, not surprisingly, another very popular and busiest time as it meets up with the prime wildebeest migration season in Northern Serengeti. The school holiday season from June to August welcomes many families from North America and Europe for their epic Kili bonding hike with their teenage kids.
A very good number of our Guest Combine both Kili and Wildlife Safari in Tanzania and then concluding it on the beach islands of the Indian Ocean (Zanzibar) for R&R – rest and relaxation." 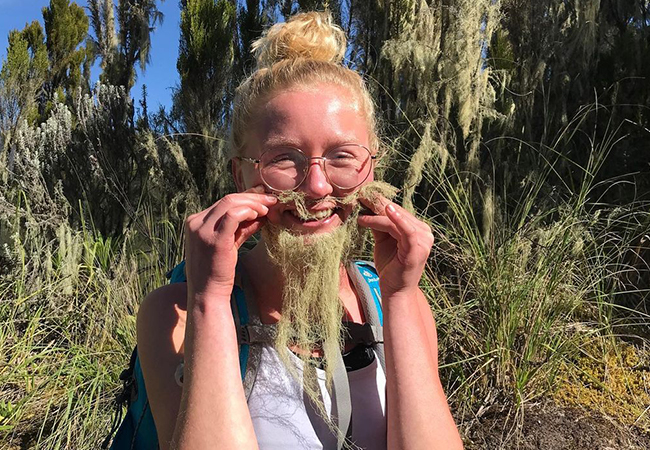 End of October and November is the start of the short rainy season when clear skies are the norm at dawn and dusk. By end of December, the short rains dust off with sporadic showers through January on wards with clear mountainous vistas perfect for photography but humid and advantageously less cold than from June to August.
One thoughtful way to avoid the crowds is to stagger your starting dates starting before the weekend starts, so that you are at different stages of the trek rather than going with the crowd on a weekend arrival.
Choosing an appropriate customized private trek route is a key strategy – hush-hush! Marangu being one of the busiest, quickest and the least cost option for the masses albeit with the lowest success summit rate.
Fastest and cheapest does not result to victory at most times so avoid Marangu if your mind, heart and pockets are in sync. Also, think carefully about the phase of the moon.
Around full moon, night climbing is safer with better visibility and stunning photo opportunities, stark shadows delineating shining snowfields against gaunt rock faces and adding dramatic impact to the views.